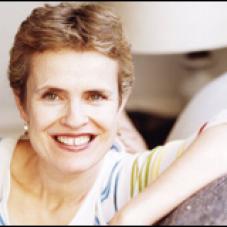 Born in West Sussex, Rachel began composing at the age of 14 and read music at the University of Oxford, where she became interested in writing music for student films and theatre productions. She gained experience writing music for drama in BBC and Channel 4 films, including Oranges Are Not the Only Fruit, Mike Leigh’s Four Days In July and Jim Henson’s Storyteller series.

Compositions include a musical adaptation of Little House on the Prairie, an opera of Saint-Exupéry’s, The Little Prince, and The Water Diviner, a dramatic choral symphony commissioned for the BBC Proms. In 2013 Rachel wrote an orchestral piece entitled Endangered performed at the World Environment Day Concert, at the National Centre for the Performing Arts, Beijing.

Rachel won an Academy Award for her score for Emma and received Academy nominations for Chocolat and The Cider House Rules.

Rachel lives in London with her three daughters.