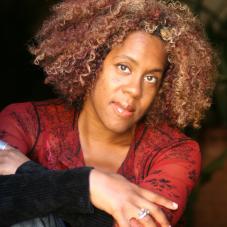 Errollyn Wallen is an internationally renowned composer, librettist and singer-­‐songwriter. Her prolific output includes sixteen and a half operas to date and her music has won numerous awards including the Ivor Novello Award for Classical Music, a FIPA d’Or and a British Composer Award. Among her many notable commissions is her Concerto for Percussion commissioned by the BBC to mark the first time that percussion was included as a category in Young Musician of the Year competition. She was specially commissioned to write two large scale works for the opening ceremony of the Paralympic Games for London 2012 which was broadcast to a billion people around the world. Errollyn founded her own Orchestra X who recently recorded and released a new orchestral album, PHOTOGRAPHY, on the NMC label which was voted Top Ten Classical Albums of 2016 by USA’s National Public Radio. In July 2017 Orchestra X performed her Mighty River which was featured in PRSF’s New Music Biennial at Hull City of Culture 2017 and London’s Southbank Centre. Her new anthology of songs for children — MAP, was commissioned by Snape Maltings and will be premiered in May. Her opera ANON (commissioned by WNO) is currently touring the States and several new operas, including one to a libretto by David Pountney are in progress. Errollyn Wallen’s music has the distinguishing honour of travelling 7.84 million kilometres in space, completing 186 orbits around the Earth on NASA’s STS115 mission. Errollyn Wallen was awarded the MBE in 2007 for services to music and in 2015 was inaugurated Honorary Fellow of Mansfield College, Oxford, in recognition of her distinguished contribution to scholarship in the field of British contemporary music and her exceptional achievements as a composer. She received an Honorary Doctorate from York St. John’s University in November 2017.