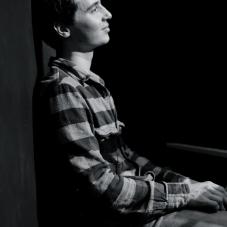 John Barber is a composer from Bristol with a passion for voices, collaboration and storytelling. His versatile and intensely dramatic music has been performed by some of the UK's leading opera houses, theatres, ensembles and choirs including the Royal Opera House, Shakespeare's Globe, BBC Symphony Orchestra and The Sixteen.

John’s music has been recognised with various awards including a British composer award and two RPS awards. Away from his own composition, John performs and records with pop experimentalists Firefly Burning who released their third album, Breathe Shallow, in 2019. He has also been co-running Woven Gold - a band in which refugees and asylum seekers perform together with jazz, classical and pop musicians - for over ten years.